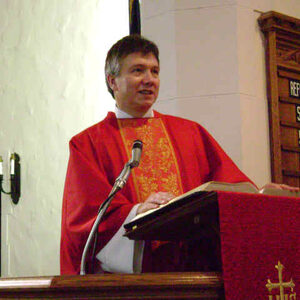 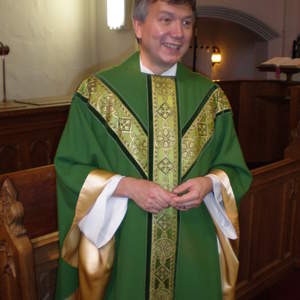 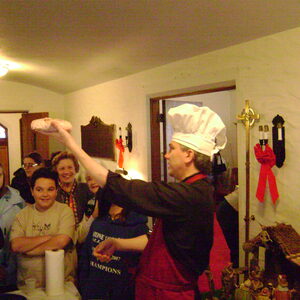 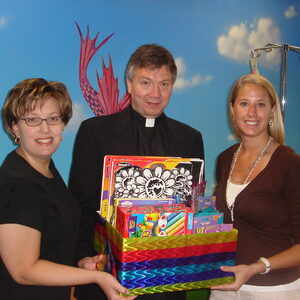 On a wickedly hot and humid day in the summer of 1992, the Rev. Dr. William Lazareth ordained William Baum at Grace & St. Paul's Church in New York City.

But before all that, receiving a Bachelor of Arts in music composition from Concordia College in Bronxville, Baum pressed on to post-graduate composition studies through the City University of New York.  Changing gears, he was awarded the Master of Divinity degree by the General Theological Seminary of the Episcopal Church in Manhattan where his hard-working brother, Father George, the rector of St. Timothy's Episcopal Church  and one half of the band LOST AND FOUND, also received his degree.

In addition to his pastorate at Saint Barnabas Church, Pastor Baum has served on the Executive Committee of the Metropolitan New York Synod 2000-2015; as Dean of Southwest Queens Lutherans; chair of the synod's Ethics Dialogue on Ministry with Gay & Lesbian People; chair of the synod's Congregational Viability Committee; chair of the Lutheran & Roman Catholic Dialogue; and chair of the synod's Gathered Strategic Plan Committee.  He chaplains the local volunteer fire department and is the enthusiastic CEO of a host of Boy Scout and Girl Scout Troops.

As an off-ice official, for many cold winters he manned the penalty box and scoreboard for the New York City Cyclones.  With a general interest in video production and website design, he was also an entrant in the design competition for the World Trade Center Memorial.

Pastor Baum is the husband of one, father of two, and guardian of Northford, the eastern box turtle.  He is married to the Rev. Brooke L. Swertfager, pastor of Christ Lutheran Church in Manhattan.  The couple have two tall sons.  The family is full of avid hockey players and fans.